Hi guys, welcome to today’s article by Brain Checker on how to plan a Career in IT & what are Top 10 Careers in IT in 2021. An IT career is a really tough task, considering all the options available you can choose a career by looking at your passion, or your skill sets, or even by looking at the job’s payscale. My name is Mrs. Keya Raje, and I am the Co-Founder of Brain Checker, India’s Largest Counseling & Assessment’s Company based out of Nashik, Maharashtra. So to help you land a high paying job in the year 2021, we have put together this in formative compilation which consists of the top 10 high paying jobs in 2021.

Let’s begin with Career No. 10, we have the Mobile Applications Developer.

The next role, Career N0. 9 is a full stack developer role.

As a full stack developer you will be involved in all stages of application development so you will be working on client-side and server-side applications or you will be creating both applications. So to summarize it you will be working on the visible part of the application which is the front-end, the invisible part which is the code of the application the side programming which is the back end and also make connections to the database, so now you will need a lot of skills to become a full stack developer. So let’s look at the front-end skills which are html, CSS, Javascript and Javascript frameworks like angular and node.js. For backend you will obviously need to know popular backend languages like PHP, Ruby or python and finally you will also have to know databases like MySQL or PostgreSQL and if you need NoSQL then you will have to take up MongoDB as well and also for version control you should know GitHub. The average salary of Full Stack Developer in India is 6 lakhs per annum which can go up to 16 lakhs per annum and in the USA it is 1,06,000 dollars. The companies who are looking for a Full Stack Developer right now are, Apple, HP and siemens.

Coming at Career No. 8 is a Developer Engineer Role.

As a Developer Engineer, you should understand the Software Development Lifecycle and basically create CI CD Pipelines to make the SDLC, more automated. To put it simply, the developers need to only concentrate on the code and developing it and the CI CD Pipeline handles building it test in GIT and also releasing it now as a Developer Engineer, you should have a lot of skills ranging from automation tools, security skills and also decision making skills. Now looking into the automation tools you should know a lot of tools ranging from a version control to like GitHub then Jenkins. Then you’ll have to know Kubernetes, Docker, Ansible, Jeffpuppet, Nagios and there are still a lot of tools and you’ll also have to learn the tools which your company is using. Now looking at the average salary of a Developer Engineer it is 6.85 lakhs per annum in India and it can go up to 25 lakhs per annum and in the USA it is hundred thousand dollars. The companies are looking for a Developer Engineer right now are General Electric Paytm and Dell.

The next job role, Career No. 7 is a Big Data Developer.

As a big data developer, you will be developing solutions for big data problems using Hadoop or other big data tools. Now you will be choosing the right tool for the problem then you will be developing the architecture, will be developing the actual solution and testing it and also deploy it so it will handle all the faces which I mentioned right now and as a Big Data Developer you should have skills ranging from the big data tools to programming languages. So in big data tools, you should know Hadoop or Google Big Query. In relational databases, you should know MySQL, PostgreSQL or other databases in NoSQL databases. You should know HBase or MongoDB. Coming to programming languages, you should either know Java, Python or C-Sharp or, any language which helps you to create these solutions. The average salary of a Big Data Developer in India is 7.1 lakhs per annum, which can go up to 18 lakhs per annum and in the USA, it is hundred thousand dollars. The companies who are looking for a Big Data Developer right now are, Infosys, Wipro and Reliance Jio.

Coming at Career No. 6 is a Data Engineer Role.

As a Data Engineer, you’ll be converting raw and unstructured data into formats of data, which data scientists and data analysts can use for analysis. As a Data Engineer, your process or your work would include collecting processing and also storing data which can be used for further analysis. To do these, you should be skilled in SQL and other Big Data Solutions such as Cassandra and Google Big Table. Also you should be skilled in querying languages because querying is really important for a Big Data Engineer. So querying languages like Pig and Hive and also SQL. As I already mentioned before, the average salary of a Data Engineer in India is 8.3 lakhs per annum and in the USA, it is hundred and three thousand dollars. The companies who are looking for a Data Engineer right now are Google, PayPal and Facebook.

Coming at Career No. 5 is an AI Engineer.

As an AI Engineer, you will be developing Artificial Intelligence Models using Machine Learning (ML) and Deep Learning (DL), Neural Networks to draw business recommendations and insights. So these recommendations and insights can be used to make business decisions, which can directly affect the company’s growth. Now as an AI Engineer, you should be skilled in programming languages such as R Python and java. You should also be a master in Machine Learning Algorithms. You should have a thorough understanding of statistics, because without statistics you cannot build models and also the most important thing is you should be a great Problem Solver. The average salary of an AI Engineer in India is 7.5 lakhs per annum which can go up to 20 lakhs per annum and in the USA it is 1,14,000 dollars the companies are looking for an AI Engineer or Apple Shell and Amazon. 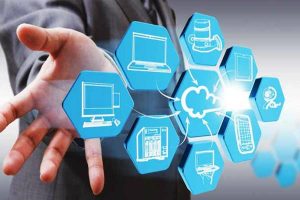 Coming at Career No. 4 is an Information System Security Manager or ISSM.

Your task is to handle all aspects of security in your company’s network so now as an IE System, you should be always handing out security tests every single day, so that you can figure out the loop holes in your company’s network and figure out how to solve that. Also you should be updating the outdated systems which can be again a loop hole for hacking attacks. The skills you will require as an ISSM are strong networking skills firewall tools and other security tools. Also you should be certified in CompTIA+ Security or a CISSP Certification. The average salary for an ISSM in India is 15 lakhs per annum, which can go up to 35 lakhs per annum and in USA it is 93,000 dollars. The companies are looking for an Information System Security Manager right now are IBM, Flipkart and MoneyGram.

Career No. 3 is a Project Manager Role.

As a Project Manager, you are responsible to get involved in all stages of product development. As a Project Manager, you should also guide a cross-functional team who are creating developing and also releasing and implementing the project. So now as a Project Manager, your top skills should involve communication, analytical skills and research skills. While guiding a cross-functional team, you should understand and know all the elements of Three Software Development Life Cycle and also know the tools around it. As you are guiding across functional team, you should also know some of the skills like marketing and market research. The average salary of a Product Manager in India is 15 lakhs per annum, which can go up to 30 lakhs per annum and in the USA it is 1,00,000 dollars. The companies are looking for a product manager right now are Zynga, Sales Force and Citrix.

Coming at Career No. 2 is one of the most popular job roles right now which is a Cloud Architect.

As a Cloud Architect, you should be able to design, develop and implement cloud solutions for your company. So you will be managing the cloud infrastructure, your company already has and also develop new infrastructures. So you will be maintaining it, managing it and also monitoring all aspects of it. Also if there is a need you will be basically collaborating with the developers and the development teams. The skills you require as a Cloud Architect, first you need the top 3 cloud providers. You can either learn one of the more, all of them. So they are AWS, Azure and GCP. Also learning development tools are really important for a Cloud Architect, like Kubernetes, Docker, GIT and also Jenkins. Also you have to a little bit knowledge of programming languages. The average salary of a Cloud Architect in India is 18 lakhs per annum which can go up to 30 lakhs per annum and in the USA it is 1,00,000 dollars. The companies are looking for a Cloud Architect right now are SAP, Oracle and Wipro.

Coming at Career No 1 for a second year in a row is the Data Science Job Role.

As a data scientist, you will be solving real business problems with the aid of Machine Learning, Statistics and your analytical skills, to put it simply. Companies are generating enormous amounts of data from social media, IOT and various applications and that data is useless until it is seen by the eyes of a data scientist. Now the skills you should possess as a Data Scientist, first of all you should be really strong in statistics because without statistics there is no data science. You should be strong in the fundamental Machine Learning Algorithms, also the state-of-the-art, Machine Learning algorithms. Once that is done you should be really good in programming languages, such as Python or R. So leaving them a soft skill you need is communication skills. You should be as good as explaining something, as good as you are showing something. The average salary of a data scientist in India is 10 lakhs which can go up to 40 lakhs per annum and in the USA it is 1,10,000 dollars. The companies are looking for a data scientist right now are, Intel, Ericsson and Amazon.

So these are the top 10 highest paying jobs which you should look out for in the year 2021. But anyway the list will not be the same for everyone and if you think there should be a different job role in the top 10, please let us know in the comment section and also guys Brain Checker provides counselling to know your cognitive skills, inbuilt skills and your best career path to select perfect job role.

For more information on this and other research from Brain Checker, please visit our web site and subscribe to our YouTube channel for more instructional videos on best career, suitable to your personality. Thank you for reading. 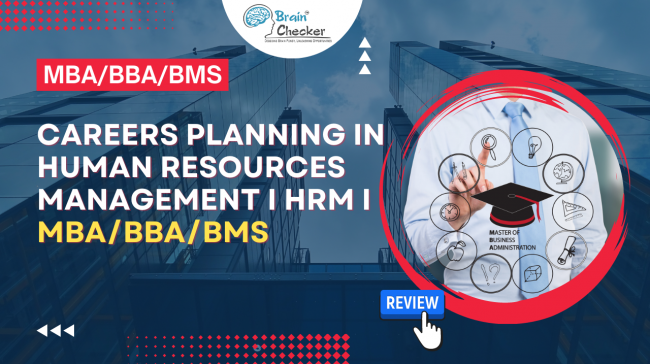 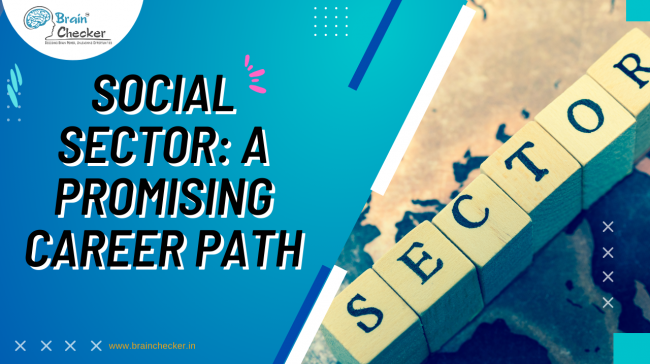 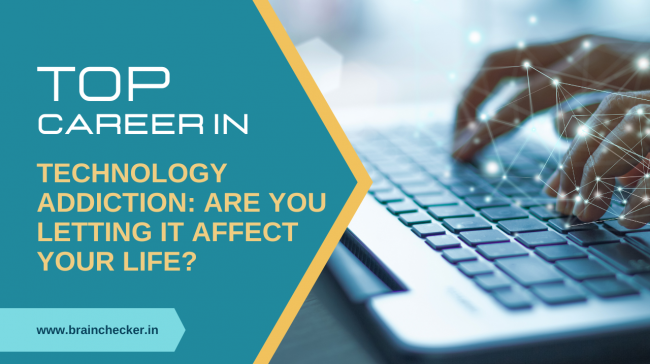 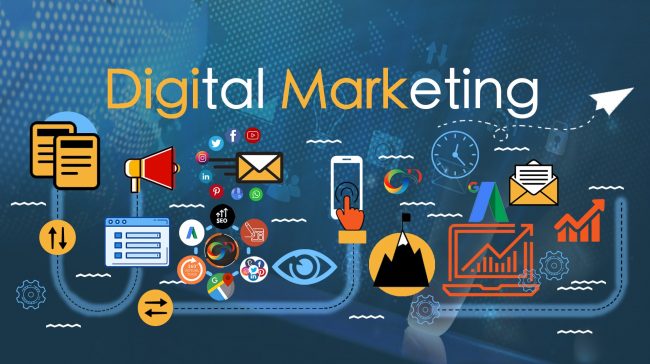